LomiLomi: The Ancient Art of Massage Skip to content

Prior to the advent of western medicine, cultures from around the world practiced their own forms of healing.  For most, this included a combination of nutrition, herbs, plants and bodywork.  Indians practiced Ayruvedics, the Japanese studied Shiatsu, the Chinese used Tui Na and Acupuncture while the Hawaiians named their healing arts, Lomilomi. 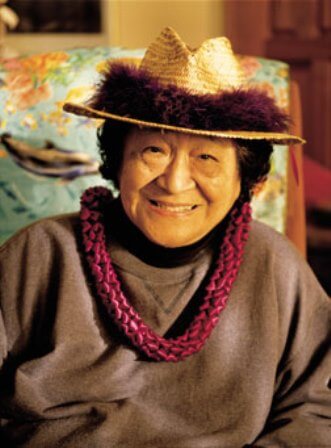 The literal translation of lomilomi is “to rub”.  The history of this massage technique is mostly lost because traditions were passed down orally.  During the arrival of the missionaries to The Hawaiian Islands, the healing practices were ceased because the missionaries thought that the Hawaiian people were performing sorcery.  During this time, Lomilomi was taught in secret from family elders to their descendants.  One revered instructor in the field of Lomilomi has taught a new generation to carry on the teachings of her ancestors.  Her name was Aunty Margaret Machado (see photo on the left).  My Lomilomi instructor has direct familial ties to Aunty Margaret; his name is Dr. Maka’ala Yates.

Like the majority of massage techniques that I have studied, one of the guiding principles in Lomilomi is to increase circulation of all fluids in the body.  The manner in which this is done varies from other styles.  In Lomilomi, a massage therapist’s primary form of contact is the forearm.  Using long gliding strokes, soft tissues are affected at many depths because the forearm provides a large surface area for the massage therapist to manipulate the body.  This is a very rudimentary description of the basic physicality of Lomilomi, however there are many intricacies and nuances to this art form.  Lomilomi also delves into spirituality and energy or “Life force”.  The Hawaiians call this “Mana”.  Hence, my instructor, Dr. Yates, has coined his style of Hawaiian healing arts to be dubbed Mana Lomi, “Hawaiian Spiritual Massage”.

At my last entry, I introduced one of the styles of massage that I have been practicing for a little over a decade, Mana Lomi. This form of Lomilomi, taught by Dr. Maka’ala Yates, incorporates the physical manipulation of the Golgi tendon organ apparatus (GTO).

The Golgi tendon Organ is a sensory receptor designed to notice a change in muscle tension. GTO are located near the junction where the muscle meets the tendon. GTO are active during tendon reflex which occurs as a feedback mechanism to control muscle tension through muscle relaxation. The opposite of the tendon reflex is the stretch reflex which creates contraction. When tension is applied to a tendon, the GTO activates and sends a signal to the central nervous system where a synapse between a sensory neuron and corresponding inhibitory neuron allow for a signal to be sent back to the associated muscle to cause relaxation in the muscle fibers. Of course, whenever we affect one action the opposite occurs in the antagonistic muscles. Therefore, when we apply static compression pressure to a tendon, we need to stretch the muscle fibers the opposing muscle group. 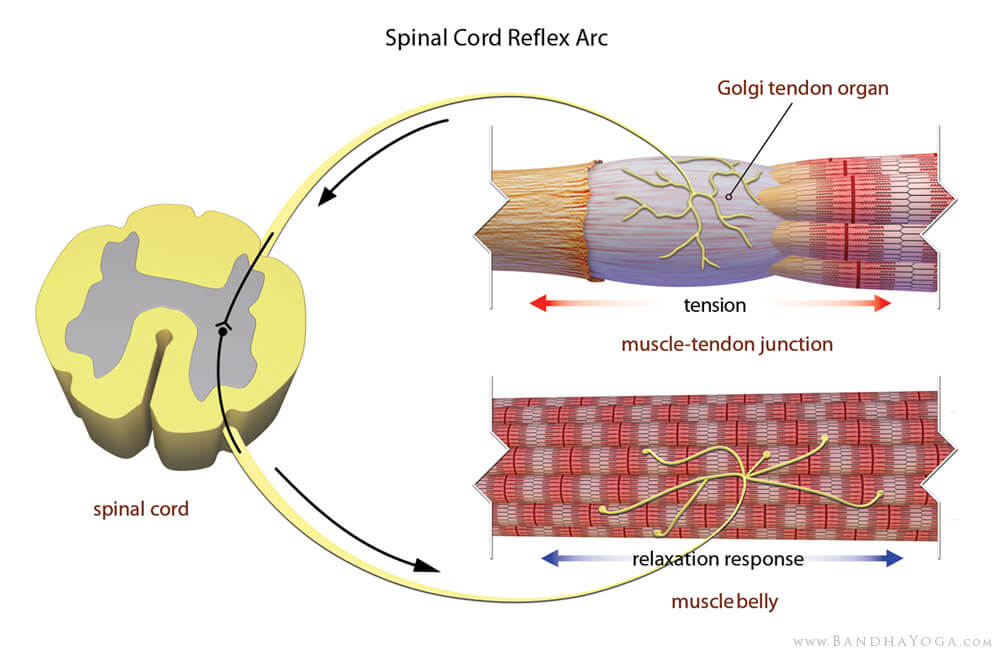 The physical manner we affect GTO is in a technique that Dr. Yates refers to as CT or compression + traction. Using our forearm contact, we locate the muscle/tendon junction that we want to affect and apply static compression for a 10 count and then apply a small tug or stretch in the direction to the muscle fibers. This process is repeated as many time as necessary, but no less than three times. After the therapist completes CT, a soothing stroke glides over the entire muscle belly to promote movement to fluids and increased circulation. My study of Mana Lomi has primarily focused on the practical and physical aspects of the technique. For the Hawaiians, Lomilomi was very spiritual. My next blog will talk about the meditative practices associated with Mana Lomi.

It is now time to end my series on Mana Lomi.  To recap, I have mentioned the historical aspects of Lomilomi and the physical science of the technique as it relates to the human body. There is, however, the most important component of the style, the spiritual aspect.

The Hawaiians were a polytheistic culture that had many deities that centered on all things that dealt with nature.  It is here in this area that Lomilomi again addresses mana (life force) and ha (breath of life).  The physical movements of the technique are meant to promote both mana and ha for the client as well as the practitioner.

In the act of the bodywork, the practitioner is drawing upon the surrounding energies of the universe to be sent through to the client.

As the practitioner breathes in the air surrounding them, that air contains the energy and life force of the universe. As that air goes in, the Lomilomi stroke is performed with that same breath of energy that went into the practitioner and is now being passed on to the client!

Practitioners of Mana Lomi not only performed bodywork, they were sometimes involved in conflict resolution called Ho’o ponopono.  This practice translates to cutting our cords to ill feelings and wrongdoings related to events in our present as well as our past.  The Hawaiians strongly believed that you could not live pono (all things in alignment), if there were conflicts between you and another person or persons, or even conflict within yourself.  There are many different schools of thought on how Ho’oponopono is to be conducted, but from the teachings of my instructor, Dr. Maka’ala Yates, it all boiled down to making sure that the practitioner was pono with themselves before attempting to fix any pilikia (troubles).  The ways a practitioner made sure they were pono was to practice breathing exercises and to meditate.  The meditation taught in Mana Lomi is called Kukulu O Ke Ao or the pillar of light.

This wraps up what was taught to me in the style of Mana Lomi.  To experience it, book a treatment with me here at OSR! Oahu Spine and Rehab’s massage therapy department is made up on skilled individuals who provide direct care with individualized treatment plans.